The banking sector is the lifeline of any modern economy. It is one of the important financial pillars of the financial system, which plays a vital role in the success / failure of an economy1.

A bank is a profit-seeking business firm, dealing in money and credit2. It is a financial institution dealing in money in the sense that it accepts deposits of money from the public to keep them in its custody for safety. So also, it deals in credit. 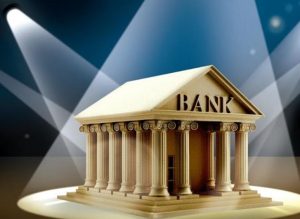 According to Sayers “bank is an institution whose debts (bank deposits) are widely accepted in settlement of other people’s debt to each other”.

According to Crowther “the banker’s business is, to take debts of other people, to offer his own in exchange and thereby to create money”.

According to Banking Companies Act 1949, “a banking company in India is one “which transacts the business of banking which means the accepting, for the purpose of lending or investment, of deposits of money from the public, repayable on demand or otherwise and withdrawable by cheque, draft, order or otherwise”.

There are two distinct features of banking institution,

Even though Post-office saving banks are also accepting deposits (Some of them also introduced the cheque system) from people, they are not regarded as banks in the true sense of the term, since they do not lend money. Similarly, there are some other financial institutions like UTI, LIC, IFCI, IDBI, etc., end money to others but not accept chequable demand deposits. Therefore there are not regarded as banks. They are called as non-banking financial institutions.

Financial requirements in a modern economy are of a diverse nature, distinctive variety and large magnitude. Hence, the following different types of banks have been instituted to cater to the varying needs of the communities3.

Commercial Banks: A commercial bank may be defined as a financial institution that accepts demand deposits from the public which are chequable and also uses the money with it for lending. They usually give short-term loans and advances. The commercial banks in India are governed by Indian Banking Regulation Act-1948.

Co-operative Banks: Co-operative banks are a group of financial institutions organized under the provisions of the Co-operative Societies Act of the states. These banks are essentially Co-operative credit societies organized by the members to meet their shortterm and medium-term financial requirements. They are based on the principles of selfreliance and mutual co-operation and provides cheap credit to their members.

Specialised Banks: The following are the specialized forms of banks catering to some special needs with their unique nature of activities.

Role of banks in economic development of a country

Role of Banking system in the process of economic Development