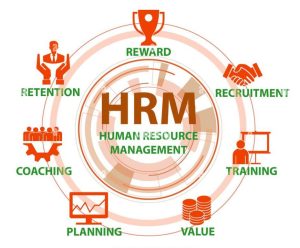 The world today is in transition. Rapid changes are sweeping across and the very pace of changes has accelerated tremendously. In every concern of the globe, changes are taking place and they have world-wide ramifications. The new millennium has seen the political map of the world being redrawn. In the economic sphere, all nations have accepted the tenets of liberalisation, competition, and the free operation of market forces.”1 In the course of globalisation, organisations face a number of critical challenges in the form of competition, technical innovations, market orientations, quality of goods and services, and strategic approach to business performance. The developing countries in the past were against globalisation but now they have opened the doors for globalisation.”2 In India too, the winds of change are blowing; and a complete restructuring of the economy with primary of private enterprise and closer linkage with global markets has already begun. For instance, India signed the WTO (World Trade Organisation) Treaty in 1996 along with 125 members of the United Nations. Consequently trade barriers have come down substantially and there has been free flow of trade among countries.”3

Keeping the changes occurring world-wide as a frame of reference, it is important to focus on those factors of the emerging scenario, which have a close bearing on human resource management. The situation as exists today provides glimpses into the following. The pace of innovation and technological growth has resulted in reducing the life cycle of products and processes. A clear shift in the sectarian contribution to the economy is occurring. The relative contribution of agriculture as compared to Industry has declined. All the same, a strong customer orientation in all spheres of economic activity is gaining momentum. In fact, competitiveness is forcing organisations to be more consumers oriented. Besides this, with increased literacy, individuals are increasingly demanding recognition not as mere members of a collective group but on their own.4 In a nutshell, the role of the external environment in business is getting considerably enlarged. Various forces including the government, the local pressure groups, the media, and the environmentalists are playing an increasingly enlarged role in determining the parameters in which a business organisation can operate. The scenario outlined above poses numerous challenges to The Human Resource Management. These challenges have been discussed in detail.