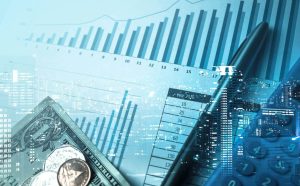 The financial system of any country plays a vital role in its economic development. The term relates to various markets, activities, institutions, intermediaries, and services that have a common goal which is to maintain stability in the economy by effective and efficient mobilization of funds. Regarding the importance of this system, different authors and experts have given various comments. As per the concept given by Van Home, the focus is on the allocation of funds to the ultimate users which will be used either for investment or consumption. The definition given by Robinson stresses on creating a bridge between savings and investment so that it leads to the creation of wealth. Similarly, if one goes through the opinion of various authors, it can be inferred that the key function of the financial system is to create a mechanism for proper and smooth flow of funds from the excess fund holders to those needing funds which will lead to economic growth. Furthermore, the strength in the system is also ensured by the inclusion of regulators as a part of the system. Hence, if one looks into the different components of a financial system, it can be seen that it stands as follows:

a. Financial markets where the lenders of funds and borrowers of funds meet to serve their requirements. There are two types of market, primary (new issue) market, and secondary market. The latter is further broken into money market and capital market.

b. Financial intermediaries are those institutions which play the role of middlemen linking the savers and the investors under which banks, non-banking financial companies, mutual funds, insurance companies, etc. are included.

c. Financial regulators which include those institutions that are created by the government by passing a law in the Parliament for proper monitoring of different markets and intermediaries. Under this, the regulators like RBI, IRDA, SEBI, etc. are included.

d. Financial services which include all those products that are provided by institutions in order to attract not only the depositors but also borrowers. These also include support services in order to make the financial system healthier and the markets more attractive for investment. In this category mutual fund, venture capital, credit rating, factoring, leasing services etc. are included.

Thus, from the above discussion about the financial system, it can be realized that it plays a pivotal role in the economic growth of a nation. The stability of an economy and its resilience to shocks and external situational conditions is definitely dependent upon the composition of the financial system and how strongly the regulators manage the system.