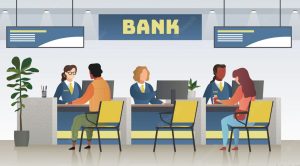 The financial infrastructure, which consists of various types of financial institutions, influences the process of development to a great extent. The role of an individual banker is no doubt essentially a passive one, but the role of the banking system as a whole is both active and important for economic development. Since the banks are affected by the policies of the Central Bank, the study of the role of commercial banks would be incomplete without understanding how central banking influences the process of development. As such, the analysis is presented in two parts.

The main objectives of the monetary policy in developing countries, generally, are rapid economic growth, full employment, price stability, and a rise in foreign exchange and the living standards of the people. No doubt, monetary policy alone cannot achieve a rapid rate of economic growth. This depends upon the real factors and the manner in which these factors are increased, mobilized, and used with greater efficiency. But, this does not mean that monetary factors have no role to play in the process of economic development. If the real factors are short and are joined by a lack of monetary factors, the problem of underdevelopment would still be more serious. Adequate monetary resources help these “vital real resources” or factors to come into play and keep the process of development going without interruptions, particularly when savings are meager and fiscal policy is inadequate.” Thus, a central bank helps speedier and smoother economic development “by synchronizing the rate of growth of the credit creating capacity of the banking system with the rates of growth of output and productive capacities.”

In order to perform its role successfully in the process of development, the Central Bank of a country needs a sound banking system, the development of which is greatly affected by it; in this context, the Bank has got both promotive and regulatory roles. The former role is long-term and relates to widening the area of institutional savings and credit and providing for monetary expansion so as to keep the process of development uninterrupted. The bank does this by providing opportunities to refinance and re-discount to banks to enhance the liquidity of their funds through increased shiftability of their assets. Consequently, more public confidence is aroused in the banking system, which facilitates the expansion of the area of institutional savings. For monetary expansion necessary for keeping the process of development uninterrupted, the role calls for a reorientation of other institutions concerned with investment and necessitates changes in the organization and structure of the banking system. The regulatory role is short-term and includes regulation of bank credit through various credit control measures to the levels dictated by the economy’s current supply availabilities and to control its direction in accordance with the overall priorities of development. However, the effectiveness of the regulatory role depends much upon how the promotive role is performed by it.

The importance of commercial banks in the process of economic development has been stressed from time to time by economic thinkers and progressive bankers in the country. Commercial banks play a very important role in the Indian economy as they are well known as the heart of the financial structure. The activities of banks in lendings, investments, and related activities facilitate the. economic process of production, distribution, and consumption. In fact, the success of economic development depends essentially on the extent of mobilization of resources and investment and on the operational efficiency and economic discipline displayed by the various segments of the economy. From the economic point of view, the major task of banks and other financial institutions is to act as intermediaries channeling savings to investment and consumption; through them, the investment requirements of savers are reconciled with the credit needs of investors and consumers. The role of banks in the process of economic development via production, distribution, and consumption can be shown in the following figure:

Indian banking has aided economic development in an effective way during the post-independence period. The banking sector has shown remarkable responsiveness to the needs of the planned economy. It has brought about considerable progress in its efforts toward branch expansion, deposit mobilization, priority sector lending, and other economic and social responsibilities. The contribution of the banking sector towards the process of economic development can be described as under.1

Commercial banks, a major part of the financial infrastructure, provide both “savings intermediation” and “money-market intermediation.” This process brings about consistency among the asset preferences of the households, the ultimate savings units, and the liability preferences of business firms, the fundamental investing units. This is being facilitated by the ability of these banks and the size of the money market to emit liabilities with risk attributes that households prefer to absorb while absorbing assets instruments with risk attribute that business firms prefer to emit.

The development of commercial banking also helps the money market to grow, for its progress would be the progress and expansion of the money market, as it constitutes itself a major part of the latter. Thus, these banks are important as they provide the basic financial infrastructure, which facilitates the uninterrupted functioning of the economic system.

(b) Capital-Formation: Capital formation has been one of the important requirements for economic development. It requires the real savings of the community to be invested in the production of capital goods. It is here that commercial banks can play a pivotal role as intermediaries by bridging the gap between savings and investments. Banks, as “repositories of peoples’ savings” mobilize small and scattered savings of the community and, as “surveyors of credit,” channelize the savings so mobilized into the production of capital goods and, thereby, facilitate capital-formation. In other words, funds lying idle with savers and small funds scattered far and wide with marginal savers are mobilised and potential savers are encouraged to save with commercial banks. Besides, they transfer funds from the savers to the investors for more profitable use. Thus, commercial banks provide: (i) lucrative opportunities for investment to the savers, (ii) funds for investment to the entrepreneurs, and (iii) capital formation to the country. The banking system performs this role by providing mobility to capital funds through its savings and money market intermediations.

(c) Entrepreneurial Ability and Employment Opportunities: The mere act of saving and its mobilisation cannot result in the formation of capital unless it is invested in the production of capital goods. This, in turn, requires an adequate number of entrepreneurs, the supply whereof is inadequate in developing countries like India. Entrepreneurial ability may be defined as the propensity of a man to take calculated risks with confidence so as to make his enterprise a success. Commercial banks have got an important role to play in this field also. They encourage entrepreneurial ability in two ways: (i) by providing a timely and adequate amount of credit to those with technical skills and entrepreneurial talents who are not coming forward on a higher economic plane for want of sufficient capital; and (ii) by attenuating uncertainty and absorbing risk in arranging capital needed for their plans to be implemented.

The availability of bank credit enables entrepreneurs to harness innovations by bringing about new combinations of productive resources, drawing resources away from their existing comparatively low-yielding employment, and employing unemployed resources. This in turn helps the economic system to get on a higher plane of economic activity.

(d) Consumption, production, and distribution of goods and services: Economic development demands an adequate and flexible amount of credit. The basic function of credit is to enable business firms and individuals to purchase goods and services a head of their ability or of their desire to pay. Commercial banks are the major suppliers of credit in the capacity of both “residual suppliers” and “primary suppliers” When these banks supply credit to supplement the savings of individuals and firms, they act as “residual suppliers.” They are “primary suppliers” of credit when .they meet all the credit needs of individuals as well as business firms when the latter have little savings of their own.

A commercial banking system provides more credit than its primary resources through the process of credit creation, of course, within limits set in by the volume of primary deposits, the necessary liquidity requirements, and the size of the money market. Commercial banks, through their process of creation of credit, bridge the gap between actual savings and desired savings warranted for a rapid rate of economic development. The absence of desired savings otherwise would have been limited the productive activities in the economy to the extent that the savings are actually available for investment. Apart from this, the gap is also bridged by mobilising actual savings of the community, which would otherwise be reduced due to imperfections in the financial markets and the consequent immobility of funds, including small and scattered savings – lying either idle or spent on luxury goods, jewelry, and other unproductive purposes.

(e) Stabilising the prices: The erratic behavior of prices is not helpful in the steady and rapid rate of economic growth. . It demands stability of prices of goods and services. The commercial banking system, through these decisions to provide or not to provide credit, has also got an important role to play in stabilising prices. The direction of the flow of credit has an important bearing on price stability. Credit that stimulates production has one type of impact, and credit that raises the levels of consumption has another. Even the credit which goes to production purposes can have different repercussions depending on the time lag between the increase in demand and the increase in supply that the credit generates. If too much credit goes to longer gestation uses, it can have an adverse effect on the price level.

Cheap and timely credit, assuming adequate availabilities of other things, helps producers in getting things produced at a lower cost, which is one of the important considerations for fixing up the prices. Besides, it also helps in balancing demand and supply conditions, and its absence causes disequilibrium in these conditions, thereby, causing price fluctuations. A growing economy needs increasing supply of money but its supply should be elastic to the extent that is geared to the seasonal demands of business, otherwise it would have adverse affects on the general price line.

(f) Helping the Government: Commercial Banks also facilitate the activation of the Government motive force for economic development. They provide and help in arranging finance to the Government through various methods like direct credit to the Government and various Government agencies; and through subscribing public debt and investing money in various Government securities. This process of credit supply enables the Government to implement various schemes of development. The banks also help the Planning. Commission to achieve targets through their co-ordinated working with the Commission. By providing credit to the needy in the countryside, they help the balancing of the economic development, and thereby, decentralizing it. Their working also indirectly helps the Government to solve many problems of development like shortage of savings, rising prices, unemployment, unbalanced development, lack of entrepreneurship, etc. Besides, by encouraging the banking habit and popularising the use of credit instruments, they also help Government in reducing the social cost of supplying currency to the public. Thus the banking industry has been playing different roles in the transformation of the development process of the economy viz. Branch expansion, deposit mobilisation, priority sector lending etc. This has resulted in the conversion of class banking into mass banking. However, the enormous growth of bank branches have resulted in the following.

Role of banks in economic development of a country