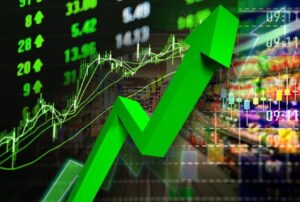 A Stock in financial parlance refers to a piece of ownership in a firm or a company that is publicly listed or privately held. The companies that are publicly listed have to trade the stocks in a formal place regulated by the law of the land called as “Stock Markets” (Exchange et al., 2005). Stocks are also called as shares referring to the sharing of company’s profits among stock /shareholders (Exchange et al., 2005).

The total capital of a company is divided into small pieces called stocks, this is done in such a manner that these smaller pieces can be held among several people who would like to have part ownership of the company. The people who own these stocks are called as stock investors or shareholders. Stockholders have rights to the profits generated by the company in the proportion of ownership held by his stocks. The stockholders also have a say in the company’s management affairs and can influence the policies through voting mechanism (Lysle Boller, 2018).

The stocks are formally sold and brought in a market place called stock markets which are specifically designed to bring the “Buyers” and “Sellers” on to a common platform with regulated rules of trading. Whenever a company wants to raise capital, it approaches the stock markets for issue of new shares also called as Initial Public offering and offers it to potential buyers who will fund the company and in turn will hold part ownership of the company (Lazonick, 2018).

For Citing this article: