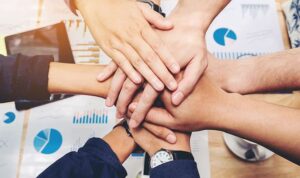 The position of women in our society is still subordinate to their male counterparts. Women still have to face the invisible ceiling in our country in accordance with their all sorts of development. Due to various gender biases, gender discrimination still prevails in our society. Therefore, we have to take an effort to overcome gender discrimination in our society. According to the World Bank, to eradicate poverty, women’s empowerment should be there in the nation as well as in society. Basically, empowerment is one of the key indicators for sustainable development. Through women’s empowerment, socio-economic development, as well as social justice, can be achieved. Empowerment of women also enables them to participate in all aspects of the social phenomenon as well as it also enables them to make decisions on their social, economic and political, and related socio-cultural aspects. Therefore, the overall process of women empowerment enables women to access resources, to achieve equality; justice, development, and peace.

The definition of “empowerment” in recent years is also modified as it now comprises the plural form of power i.e., powers in it. Several researchers have considered this “powers” approach to assessing women’s empowerment. Now, the power approach can be again classified into four parts, namely, power to, power over, power within & power with. Iyengar and Lepper, (1999)10 has postulated, by considering the idea of Thomas Jefferson, that power over choices is the right to choose the alternative options available in the society.

According to Kabeer (1999)”, the process of empowerment is defined as the ability to make choices with respect agency, resources & achievements. The term ‘agency’ consists of reasoning power which is very useful in the process of negotiation, bargaining, analysis of capabilities & manipulation. The term, ‘resources’, comprised of social relationships like community, market & family. Achievements can be defined as the outcomes of agency & choices and these are useful to achieve social values. According to UNDP (1995)12, the process of achievement can be analyzed by the process of transition from basic functioning, e.g., expectancy at birth, to more compound accomplishments like representation in politics in the society.

Uneven power relations across gender are the main reason for the emergence of the concept of Empowerment. Pradhan (2003)13 has pointed out that the process of empowerment leads to shifting from the traditional subordinate socio-economic status of women to the empowerment of women with respect to the social, economic, political, and demographic sphere. Due to the nature of multidimensionality, women’s empowerment can’t have any single definition.

Importance and Role of Banking Institutions in an Economy

Objectives and Benefits of Pricing