The explanation of Financial Inclusion differs along with places and geographies, based on the point of social, economic, and financial advancement; the configuration of the financial sector; socio-economic features of the financially excluded sections; and also the frequency of emphasis given by the system and Government on financial inclusion. Financial inclusions have been defined by various dimensions along with time. 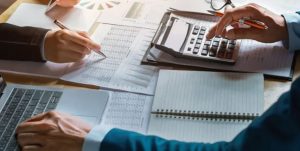 Rangarajan Committee (2008) report said that financial inclusion may be explained as the method of guaranteeing access to financial services timely with ample credit where required by vulnerable clusters such as weaker sections and low earner groups at a reasonable cost (Sarnia, 2008). Murari and Didwania (2010) denotes it as a `delivery of financial services at a reasonable cost to the vast sections of the disadvantaged and low-income groups including family, enterprises, Small and Medium Enterprises, traders. RBI publication on FI (2009) stated that it is the nonexistence of price and non-price obstacles for utilizing financial services. In the literature, financial inclusion has been explained with a larger concern of social inclusion in society. According to Leyshon and Thrift (1995), financial exclusion processes are those that serve to put off definite individual and social groups from attainment admission to the formal financial system. Sinclair (2001) explains financial exclusion as the short of the capability to access essential financial services in the right form. Exclusion can be the consequences due to issues with access, situations, prices, marketing, or self-exclusion with reference to negative occurrences or perceptions. According to Carbo, Gardner, and Molyneux (2005) financial exclusion is the inability of some societal groups to use the financial system.

FI can be measured in diverse ways. It may be indicated by the Global Financial Inclusion (Global Findex) Database which shows the measurement pattern of saving, borrowing, transactions, and risk management of adult persons in 148 economies. According to these statistics, 50 percent of adults globally have an account at a formal financial institution, but account penetration changes extensively across regions, income groups, and individual quality. Further, this report mentions that 22 percent of adults have saved at a formal financial institution for the last 12 months, and 9 percent of adults have taken out a new loan from a formal financial organization in the previous year. Even though half of the adults around the globe remain unbanked, at least 35 percent of them face barriers to using the account and that might be addressed by public policy (Demirgitc-Kunt, and Klapper, 2012), Measuring financial inclusion: The Global Findex Database).